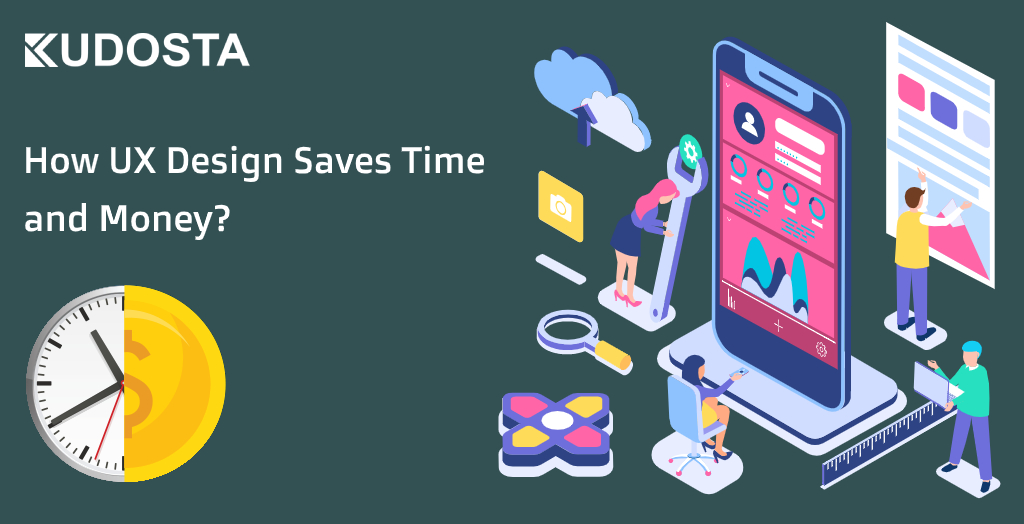 UX design is a path that ties a knot between the visitors and the business goals. It ensures that strategy and requirements are interconnected and set the direction for visual design and happy customers. Apart from making the customer explore the application smoothly, it also saves time and money.

Thinking why am I saying this? Read below and know how UX design saves your time and money. Moreover, also know why UX design is a critical ingredient in the digital space.

Imagine you wanted to build a house, but now you are not happy with the final output. The amount of rework that requires finishing the whole project is so much. A UX designer is like an architect for any digital project irrespective of the industry. They set expectations and outline work for other teams and give blueprints to follow the path in order to get the desired output. Therefore, we say strategized UX designs can save much of your time and work.

Hiring a UX designer also saves everyone time in meetings discussing requirements, because a designer can give a clear overview and prototypes to start the work that visually appealing before any code has been written. A designer can instantly crafts dummy mockups to show what the application will look like at the final stage, without having to discuss it each time, by reiterating the requirements again and again. The proficient designers have the ability to make the whole team have a final view by keeping everyone in the loop and reducing meeting times.

Designing and development go hand in hand time because it can be done in parallel. While frontend and backend developers are busy building, planning, architecture, the designers are busy creating, iterating, and testing wireframes. By the time the design is finalized and into the picture, the developers are ready to merge the technology and platform to bring out the best output.

Fix-It Before It's Broken

A user experience designer will perform some of the strategized usability checks on the app to check the performance, either through user tests or design evaluations. This directly indicates that what doesn't work and what works even before the developers begin the development part. The UX Designers try various designs and keep the project on track and clear for all the teammates in the loop. The ability of a designer to quickly iterate on prototypes means that you can make development decisions faster and have the confidence that you're building the right app, to begin with.

When someone fails to do the design up-front himself, developers mess it up creating an application without a head and tail. However, contrastingly sometimes those people will probably have some good ideas, but it will be more costly and time-consuming than it needs to be and result in an application that's more difficult to use and understand.

Therefore, it is better to build any application under the designer's guidance and support. Hope you would have got the point of how much the UX designers simplify the job of any developers. A good designer not only saves your time and money but also your energy and effort put into it.